In the history of eight-year, this for the fourth time Alinghi the sailing team of Swiss competing in the Extreme Sailing Series and won the championship. It was the extraordinary final that held in Los Cabos in Mexico. 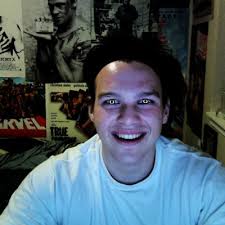 The win of this team created history and made Alinghi the victorious team to take part in the international, globe-trotting foiling circuit, The Wave, Muscat level with the former competitor.

The team went on the ten months of touring around the world and competed in some of the best locations in the world, the stand out Ernesto Bertarelli team: Nicolas Charbonnier, Arnaud Psarofaghis, Timothé Lapauw, Bryan Mettraux, Nils Frei and Yves Detrey finished the final round in the first place and on the double points Act leaderboard. This year the unbelievable five wins in this year cementing made them the victorious in the complete world rankings.

“I am delighted and feeling very relieved,” said the Psarofaghis, he is the helm and co-skipper for the team. “The pressure to win the end of the season race was great on me and because of this, I was in stress. But, thankfully we did a great job. The team performed really well and this made us easy to win the crucial race. Our trick during the race was to stay calm and keep the focus on every step. Winning the last Act of the season is the perfect way to end the year and we did that. We also want to give the credit of success to the entire crew and support staff, who helped us to win so many races.”

The shore team of Alinghi won other awards as well, it won the season’s best shore crew award. This is the new award made by WTC Logistics, logistics partner of Extreme Sailing Series.